Our primary focus is on the history of the world, from Ancient History up to and including the American Revolution. Texts, employing a strong narrative method, from Phillip Campbell’s The Story of Civilization and Joy Hakim’s History of US are used. Various field trips and the use of outside sources and stories, including historical fiction, augment the program.

Text:
Story of Civilization, Vol. I: The Ancient World

Topics:
Students will learn about life in ancient Egypt, Mesopotamia, Persia, Greece, Rome, and more. The class covers from the dawn of history to the conversion of Emperor Constantine.

Topics:
Students continue studying world history, from the seeds of Christendom to the wonders of the Medieval world. The class comes alive with brilliant tales of knights and castles, crusaders and inventions.

Texts:
From Colonies to Country: A History of US, Book 3 by Joy Hakim
Johnny Tremain by Esther Forbes

Topics:
The American Revolution and early development of the Republic

Language Arts includes handwriting, spelling, vocabulary, dictation, reading comprehension, grammar and writing mechanics, and occasional journaling. Students regularly practice these foundational skills and put the pieces together in frequent writing assignments. A love of language and writing is encouraged, though often through different subjects. For example, creative writing is taught in literature, while journaling – without necessarily being graded for grammar – happens in language arts, history, and natural history.

Literature includes the reading, aloud and silently, of short stories, folk tales, and novels, as well as the memorization and recital of a number of poems. Students also practice creative writing with poetry and short stories. Outside reading and book reports are required. Entertainment and the love and use of language are important aspects of literature, but emphasis includes: heroism in epic stories; formation of the moral imagination; tapping capacities for wonder, especially through folk or “wonder” tales, such as those collected by the Grimm brothers; as well as perceiving the connections between choice, action and well-being. (Books and poems may vary slightly with each teacher).

Poetry:
The Cats of Kilkenny by Anonymous
The Midnight Ride of Paul Revere by Henry Wadsworth Longfellow
The Tiger and The Lamb by William Blake
The Daffodils by William Wordsworth
The Pied Piper of Hamelin by Robert Browning
St. George and the Dragon by G.K. Chesterton

Poetry:
Jabberwocky by Lewis Carroll
The Road Not Taken by Robert Frost
The Charge of the Light Brigade by Alfred Lord Tennyson
Barbara Fritchie by James Whittier

Using the Saxon program the boys learn math procedures in class and practice them over a period of days, then repeat that practice several days later and then several days later again. By this method of “incremental learning” they acquire a deeper understanding of concepts through the regular reinforcement of past lessons even while new material is introduced. Students build core skills through memorization and practice.

At the same time, boys are encouraged to see the connection between mathematical principles and the wonder of the cosmos. Math is not just a topic with functional utility, but a window into the beauty of creation that surrounds them.

Supplements include various games, projects, and narratives of famous mathematicians.

Music classes meet two days per week and combine theory and musical experience. The experience includes listening to programs of great music and performing music by singing. Music is understood to be profoundly connected to the development of school culture. For this reason, students learn and sing both traditional folk music and sacred music. Folk songs emphasize themes such as love, war, brotherhood, heroism, sacrifice, humor, sadness, joy, and God Almighty. Students also are taught to sing Gregorian Chant which allows them to participate more fully in the Sacred Liturgy. Students begin to learn how to sight-read music which prepares them to sing in choral performances. Concepts of musical theory are taught in the tangible context of singing.

The boys engage in physical activity many times each day during breaks and recesses. A formal physical education class meets Monday through Thursday. It emphasizes stretching, conditioning, strength building, teamwork, and sportsmanship through team sports and drills.

Religion is taught three times a week and is mandatory for Catholic students. The main text books are part of the Faith & Life series published by Ignatius Press. Classes are supplemented with selected and interesting narratives from the Old and New Testament, as well as monthly chapel services, and occasional devotional practices such as the recitation of the rosary, which includes an imaginative and meditative exploration of the various mysteries. Themes that pervade the religion curriculum include the recognition and efforts of living as a loved child of God, a more personal knowledge of the person of Jesus, as well as the understanding of religion and worship as just and proper responses to the Creator.

Texts:
Our Life with Jesus (Book 3 of the Faith and Life Series)
Sacred Scripture selections

Topics:
Survey of key narratives in the Old and New Testaments
Ten Commandments
The Sacraments—especially as based in Scripture

Topics:
Key Old Testament narratives, particularly Genesis and the Fall
Redemption in the person of Jesus
Ten Commandments
Mass and basic prayers
The Seven Sacraments
The lives of saints

Topics:
The Apostles Creed
The Trinity
Salvation history from Adam and Eve through the New Testament
The universal call to holiness

Natural History is a key component to the Lower School education. Along with detailed classification and regular notation in scientific journals, the boys actively engage in the natural surroundings on campus and nearby locations such as the Bogastow Brook/Charles River watershed. The subject fosters a systematic and knowledgeable understanding of the natural world as well as the ability for careful observation, appreciation, and greater awareness of the dynamic natural world surrounding them. Many of the subjects of study are similar across the grades, but the study increases in depth and detail and with different focuses per grade. 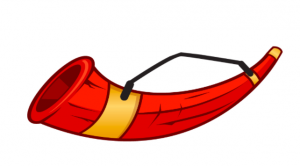